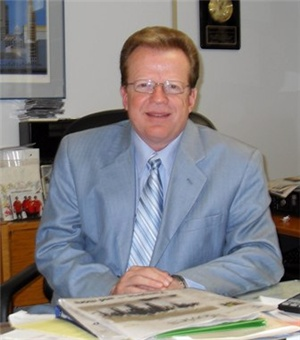 In March of 2009, Rhode Island Governor Donald L. Carcieri congratulated Craig Stenning for his unanimous confirmation by the Rhode Island State Senate as Director of the Department of Mental Health, Retardation, and Hospitals (MHRH). Mr. Stenning had been serving as Acting Director of MHRH since June of 2008.

“Craig has served the public with great distinction throughout his entire career,” said Governor Carcieri. “As the founder of the CODAC Treatment Centers, Craig changed the way we care for and treat individuals with substance abuse and mental health issues. His commitment and passion to improving the lives of others is inspiring.”

Earlier that same month, Governor Carcieri had joined forces with the Special Olympics and Best Buddies to ban the word “retard” from everyday speech. Designating March 3, 2009, as “Spread the Word to End the Word Day,” Governor Carcieri and Mr. Stenning then began the process of renaming MHRH, removing the “R-word” from the Department’s name. “The stigma and misunderstanding of intellectual and developmental disabilities is an ongoing challenge,” said Mr. Stenning in a news release about the desire for the name change, “which is why the Department supports the need to remove the word from our official Department name.”

Fast forward to July 2010. The Department of Mental Health, Retardation, and Hospitals introduced itself on the World Wide Web as the Department of Behavioral Healthcare, Developmental Disabilities, and Hospitals (BHDDH). As quoted on the Department’s new website, Mr. Stenning states, “the name change continues our fight against the stigmatization of people with developmental disabilities, mental illness, and substance use disorders and addictions.”

With its new name, Mr. Stenning intends to keep the momentum moving forward. “Some have discussed merging our Department with other systems such as Welfare,” he said. “This concerns me. Much of what we do is unique, and we should not compress our services into a benefits system. We are a service system, and part of the way I keep my own mental health in my role as Director is to get out of the office and into the community to visit with people, including those receiving our services, as well as the staff members that work so hard on the consumer’s behalf. Any time I can do that, it is a better day for me. The staff and the consumers serve as an uplifting reminder as to why I got into this line of work.”

The Department is planning a public celebration in recognition of its name change later this year.