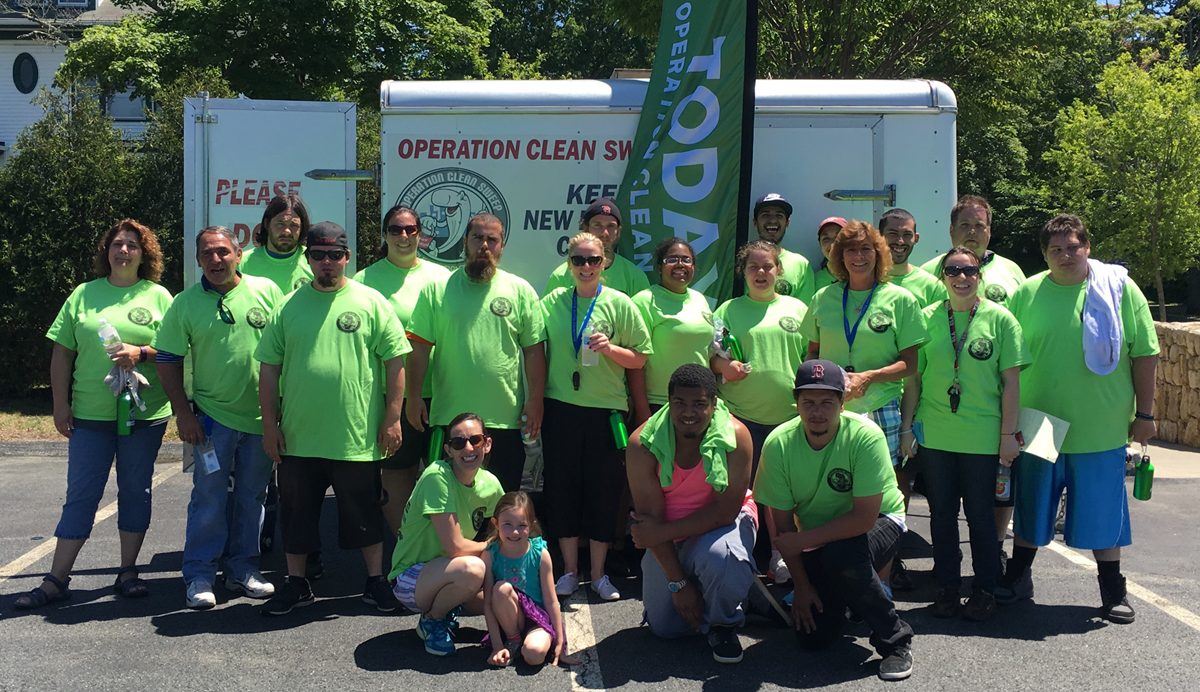 Members of New Bedford's CBFS and TRP programs recently participated in Operation Clean Sweep on June 18, 2016. Operation Clean Sweep is an all-volunteer anti-litter campaign formed as a result of citizen concern for the amount of trash and litter throughout New Bedford.  Participation in scheduled "clean-ups" happening throughout the New Bedford community is aimed to raise awareness about the negative effects of litter and trash on our environment, while working with community citizens and organizations to create clean neighborhoods.

FHR participated in collecting litter and debris in neighborhoods and parks located near St. Luke's Hospital.  With over 20 volunteers of the 70 people in total who participated in the event, FHR volunteers exemplified the agency's spirit of positivity and community action.  As one FHR person served perfectly stated, "It feels good to give back!"