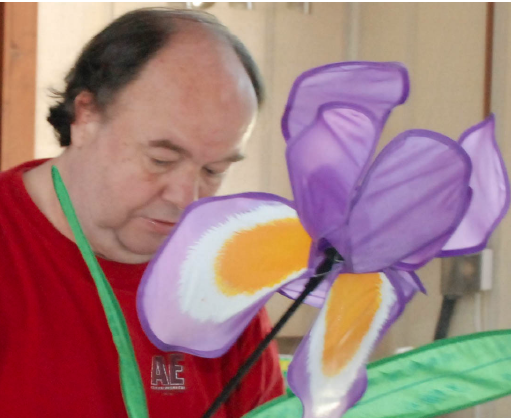 Cary, NC – October 31, 2012 – Robert B., of FHR North Carolina, is the type of person who advocates not only for himself, but for others as well. Thanks to his advocacy efforts with FHR and the National Alliance on Mental Illness (NAMI) Wake County, many more people in the community have a better understanding of mental illness and the potential to live full and happy lives in recovery.

Since taking part in NAMI’s “In Our Own Voice” Program, Robert has shared his story with church groups, patient groups, students, and the community. “People can’t understand how terrible something is until they experience it themselves,” he explains. “Many of us changed the way we feel about the mentally ill after we became so. I ask others to change the way they feel and to consider that they could be just one accident or life tragedy away from a mental health diagnosis themselves.”

Robert’s courage in fighting the stigma that surrounds mental illness has not gone unnoticed locally. NAMI Wake County said, “Robert has demonstrated steadfast courage in the face of mental illness and, for that reason, we have named him the 2012 Person of Courage.”

Robert’s own story and photo appeared in this month’s edition of The Iris, the NAMI Wake community newsletter, and as a result, he has been inducted into the NAMI Wake County Hall of Fame. Warren Smith, manager of FHR’s Psychosocial Rehabilitation Program, says that Robert is most deserving of this recognition. He adds, “We’re just so happy to be able to share Robert’s story.”

As an artist, Robert believes that Studio 35, FHR’s diverse healing arts program, is beneficial to not only himself, but his peers as well. “I used to feel angry and abandoned, and spent too much time crying or sleeping,” he explains. “But now I can channel my thoughts into pieces of art and words of poetry.”

Some of Robert’s poems can be found this month in the Poetry Corner on the Studio 35 page. Staff members believe that he will continue to demonstrate the self-empowerment of recovery for his peers. Congratulations, Robert, on all of your accomplishments!