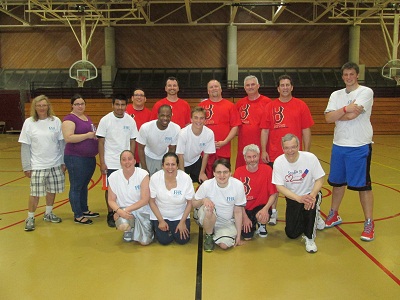 With programs in nine regions along the East Coast including Cape Cod, FHR is a nonprofit behavioral healthcare agency providing clinical and supportive services to persons recovering from mental illness, co-occurring disorders, and other life challenges. FHR's Transitional Youth Program works with at-risk individuals ages 18 through 22 that have out-aged DCF (Department of Children & Families) and DSS (Department of Social Services) custody, but are not yet ready for independent living.

Ken Ryan, former Red Sox pitcher and current Employment Specialist with FHR’s Cape Cod and Islands region, explained that he was excited about the opportunity to reach out to friends and former major league ballplayers for a very worthy cause. "As former major league competitors, the friends who have joined me here tonight all know what it's like to struggle against opponents. We are glad to be able to participate in tonight's event and be of help to those young individuals who have a different sort of challenge."

Working closely with businesses in the Cape Cod community, a silent auction with impressive items such as a Jon Lester autographed baseball, an artist rendition of Fenway Park, and two weekend getaways were offered. FHR Cape Cod Regional Director Nancy Murray shared, "This event would not have been possible without the contributions of so many local companies. Funds raised will allow FHR to build youth sensory rooms, used for the de-escalation of anxiety and stress. These rooms serve a crucial role for the youth served, because many face the challenge of dealing with multiple stressors."

Smiling faces and loud applause from the crowd were proof of the night's success. "An event like this showcases the importance of the support of the communities where FHR provides services, as well as the hardworking staff that live out FHR's mission. That is what truly makes a difference in the lives of the people we support."